March 2 – Our adventure began as we flew from JFK to Johannesburg in Business Class and then JNB to Cape Town in Economy Class on South African Airways. The front-facing business class seats were configured 2 x 2 x 2 and reclined fully into a flat bed. The mattress pads, full size pillows and duvets made the seats/flat beds very comfortable.  The latest movies and TV shows were available on demand on a personal twelve inch screen. Ala carte dining was offered as well as a selection of South African wines; both were quite good.

March 3 – Upon arrival in CPT, we were met and transferred to our hotel,

Belmond Mount Nelson Hotel.  Due to our delayed flight, we would be staying one night which was unfortunate because it would have been nice to take advantage of all that this luxury hotel has to offer. The hotel has six individual accommodation wings, each with its own unique character, private gardens and facilities. The 201 spacious rooms and suites are individually decorated.

My deluxe junior suite was located in the Helmsley, one of three buildings that were acquired, restored and converted into guest accommodations in 1996.  It was the site of the first Jewish Synagogue in Cape Town.

Fun Fact – Cape Town was the hottest place on earth on March 3, the day we arrived; 42 degrees Celsius (107.6 degrees Fahrenheit).

After freshening up, we were transferred to the cable car which would transport us to the top of Table Mountain. We were lucky to have been able to experience Table Mountain on this day, as there were wildfires that were still burning which had caused the cable car to stop operating several days prior to our arrival. We spent about an hour hiking, enjoying the views, and checking out the wildlife including lizards and dassies, a cute little African rodent (dassie translates to badger in Dutch).

March 4 – After an early breakfast, we checked out of our hotel and had an orientation tour of Cape Town.  After lunch we took a tour to Robben Island where Nelson Mandela was incarcerated for 18 of his 27 years in prison. This

island is now a museum and UNESCO World Heritage Site.  Access to the island is via ferry from the Victoria and Alfred Waterfront. The tour was quite moving as all guides are former political prisoners and their stories and commentary contributed to the experience. Photos and stories hung on many of the cell walls, describing the inmate who occupied that cell and his “crimes”.  It was especially emotional to see the narrow cell where Mandela spent 18 years and the limestone quarry where he and his fellow prisoners worked in the hot sun.

We were scheduled to have an afternoon free, however, Thompson’s Africa was able to re-schedule the helicopter ride that we were supposed to have on our first day, so we transferred to the V & A Waterfront where we all enjoyed a 15 minute helicopter flip and got a bird’s eye view of the sights and grandeur of Cape Town.

Next we were transferred to the One and Only Cape Town, our accommodations for the next two nights. This unique 5 Star hotel is truly an urban waterfront resort in the heart of Cape Town’s V & A Waterfront. The Marina Rise is a seven-story resort which affords marvelous views of Table Mountain and Signal Hill from spacious rooms and suites. Or you can choose to stay in one of the 40 Island Suites which are

March 5 – After breakfast, our Thompson Tour Guide, Michael and driver, Wally, collected us for a spectacular day of touring and exploring the pristine coastline and quaint towns of

“The Fairest Cape”. We drove past the beaches of Camps Bay and Clifton and then made our way along the coast, past Bakoven and Llandudno to the charming fishing village of Hout Bay, a functioning harbor and the heart of the local crayfish industry. Here we boarded a boat to Duiker Island to view the Cape Fur Seal colony. From here, we traveled to Chapman’s Peak Drive and then on to Cape of Good Hope Nature Reserve where we spotted mountain zebra, bontebok (a South African antelope) and baboons. Next we visited the beautiful Boulders Beach where we spent time observing and photographing the colony of penguins there.

Our next stop was The Flagship.  This unusual four bedroom B & B is known for its fabulous interactive seafood lunch which we were fortunate enough to enjoy. Chef Bruce Robertson was known for his support of sustainable fishing and the new host, Duncan Doherty who took over after Chef Bruce’s recent passing, is carrying on in that same way. This truly was one of the most memorable and delicious meals that I have enjoyed in my lifetime.

After lunch, we returned to the One and Only Hotel where we had just enough time to freshen up before departing for The Twelve Apostles Hotel and Spa for a site inspection, “sundowners” (the South African equivalent of happy hour) and dinner. This Red Carnation Hotel features two swimming pools, a sixteen seat cinema, a helipad, fitness room, complimentary wifi throughout and complimentary shuttle service to the V & A Waterfront.  There are 70 rooms here ranging from Classic Rooms to One Bedrooms Suites and they are all elegantly appointed.

After breakfast and check out, we traveled through the beautiful wine lands to the charming town of Stellenbosch. We took a walking tour of this old university town which the tourist board offered called Bites and Sites.  This was a great way to see the town and to sample some of the great food and wine offered here. Then it was on to Franschhoek Valley and La Residence (one of the hotels in The Royal Portfolio collection), our home for the next two nights, situated on a 30 acre estate. We arrived in time for lunch. Each one of the sixteen suites is uniquely decorated with its own theme and color scheme. La Residence also enjoys a reputation for its superb cuisine and this reputation is richly deserved. Both lunch and dinner were exceptional and the wine pairings were outstanding.

Stay tuned for part 2 of Rose’s South African Adventure to be posted next week!

A Glimpse at Grand Hawaii 2016

Select Group Vacations offer a unique opportunity to experience new destinations while traveling with other travelers from the Midwest and beyond.  These custom experiences are designed to take... Read More 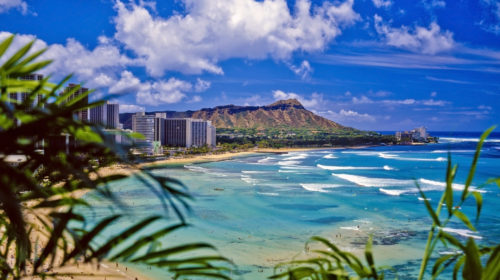 Welcome home to The Best of the Hawaii travelers! Their all-inclusive tour took them on a 10-day tour of Oahu, The Big Island and Maui. Highlights of the trip: Honolulu– the first days of... Read More