Dawn Zarnoth, of Fox World Travel’s Greenbay Office recently went on an exotic trip to Costa Rica.PURA VIDA – meaning “Good Life” to the Costa Ricans. That is the common saying when conversing with the locals. Spanish is the main language. There were many times where there was a language barrier. However, the main service people as well as tour directors all spoke good English. I found the locals to be very proud and happy to be living in the country that they do ~ Pura Vida!Our journey started flying out of O’Hare to Liberia on the direct, non stop charter flight thru Apple Vacations using Frontier Airlines.LIBERA AIRPORT – What a pleasant surprise! It is nice, modern with air conditioning and clean bathrooms not to mention easy to get around. Immigration was what you would expect, slow. From time of landing until the departing hotel shuttle leaving was over two hours. Remember, there is a $29 departure tax that you have to pay prior to check in. US Dollars are better. If you use a credit card you will be charged as a “cash advance”. You can also pay this fee at some resorts. The Riu charged $32 vs $29 at the airport.GUANACASTE AREA – Located on the Pacific side of Costa Rica. This is the only area I visited. The scenery was pretty flat compared to other areas and consists of mostly farm land. This time of year (March) is dry season. Few leaves on the trees, country side brown in color. Not like the green, lushness I was expecting (which we did see in the Cloud Forest).SEASONS – Average rain in the Guanacaste area is 80” a year. The Monteverde area, 125” a year! This is where the Cloud Forest is located.January thru mid May is “dry” season. No rain and as stated, very brown and dry.Mid May thru Mid November is “rain” season. The heaviest rain comes during the fall months of September and October. It rains everyday, all day. I would not recommend traveling to Costa Rica during this time.Spring thru summer the normal weather pattern is to have dry/sunny mornings and rain on and off in the afternoons. RIU RESORTSThe Riu Guanacaste and Riu Palace Costa Rica are situated next to each other.

There are shops as well as a Casino that both resort share. If staying at the Riu Palace you have exchange privileges at the Riu Guanacaste.They share a long stretch of black sand beach. Huts are set up on the beach by the locals for shopping. As well as massage tables to get a very relaxing, inexpensive massage. (Price is pretty negotiable!) RIU GUANACAS

Stayed here three nights. This is the older of the two Riu’s so the grounds are much more lush and tropical. Pool area is beautiful! As you can see rooms have not been “modernized”.  Food was good. Service was good.

RIU PALACE COSTA RICA – Stayed here four nights. Being a newer resort the grounds are not mature and lush like its sister. Give it a few years and it will be as beautiful as its sister.As you can see this resort as well as the rooms are the modern styles Riu’s are turning into.(This is how all the Palace resort rooms now look.)The food was much better than Riu Guanacaste. More selection as well as fresh made sushi on the lunch buffet along with all different sea foods and fish. Fresh carved Prime Rib, smoked salmon, tuna steaks,

pork tenderloin as well as a long assortment of other cuisines. Still all on the Lunch buffet! The specialty restaurants were nice but the “Krystal” was my favorite. I still am craving the Lobster Risotto!Service at the resort was better but could use a little more customer service training in the public areas and restaurants.

Here are a few distinct differences between the two properties:

EXCURSIONSThere are so many neat excursions to book in Costa Rica. Canopy Tours are the best in this country due to the height of the lines. White Water Rafting is offered in many different levels. Surfing to hit up the big waves. Take a day tour to the country of Nicaragua. Visit the many different National Parks. Don’t forget to visit the Hot Springs. How about the Arenal Volcano? What a sight to see. High Rope tours or Hanging Bridges is another excursion to consider.The excursions I chose where Monteverde Cloud Forest and the Palo Verde National Park. (I booked these excursions in advance with Pleasant Holidays, as they offered the most variety of tours.)

MONTEVERDE CLOUD FOREST – was a 13 hour tour from the Riu Resorts. The drive to this area   takes up most of the time. Roads leading out to Monteverde started smooth but the last 2 hours were on a gravel highway. Climbing up the steep mountain range, on basically a one lane gravel road is time consuming. Not to mention hard on the body. Our guide called in a “natural massage”. Coming down was no better.The views were stunning but the final destination was beautiful! Starting with viewing many different species of hummingbirds at the Hummingbird Gardens.

Our walk thru the Cloud Forest was amazing. All the different plant life as well as tropical birds. Not to mention lizards and snakes. We were very fortunate to see a Sloth sleeping in a tree top! Our guide was very excited about this finding. We walked over 8 Suspension Bridges of all different heights and lengths. Viewing the forest from high above was a neat experience.

PALO VERDE NATIONAL PARK – was a 6 hour tour. As we drove to the river to it was like we were driving thru farmers fields. These were dirt roads running between crops. Many times we had to stop due to a farmer herding his cows down the road. After another “natural massage” we arrived at the Palo Verde Wetlands where we caught the boat. We moved up and down river and saw many iguanas, crocodiles, and different species of birds, bats and white face monkeys. INTERESTING FACTS I LEARNED

To learn more about planning your own trip to Costa Rica, contact a travel agent today or visit us online at foxworldtravel.com. 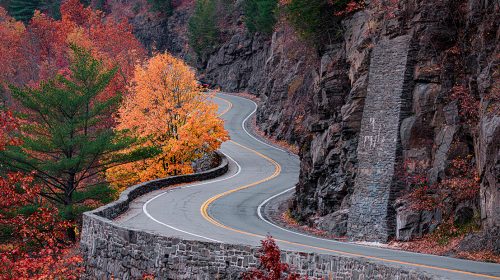 14 Fantastic Scenic Drives in the US

We all love a good road trip. What’s better than loading up in a car and driving somewhere new? Scenic drives are a little different. We’re talking driving for the sake of driving, journeys that... Read More 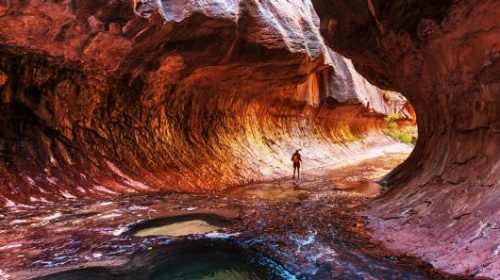 Where to go NEXT?

Wondering where to go NEXT? Discover the wild experiences waiting just outside your front door, and find relaxation on the roads less traveled throughout North America. Vermont Vermont is home to... Read More 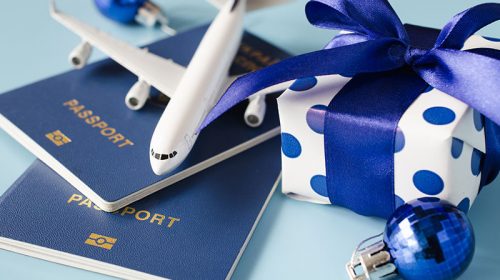 Rewarding top performers and motivating staff are key tactics for ensuring company success, and it turns out leveraging creative incentive trip ideas may be the key. Many companies are so busy... Read More