Jenni Vaninetti, Group Vacations Manager, and her husband, TJ, sailed the Danube River, from Vienna, Austria to Passau, Germany, on the inaugural cruise of one of Avalon’s newest suite ships—the SS Avalon Passion.

April 9 – Vienna, Austria
Once in Vienna, we seamlessly made it through Customs and Immigration and transferred to the ship for embarkation. Our suite was very clean, modern and featured beautiful floor to ceiling sliding glass doors and a spacious sitting area with a beautiful orchid.

After exploring the ship, we set out for our afternoon excursion in Vienna—the Culinary DNA of Austria. We joined local guides from the university, who specialize in culinary and nutritional education and guide clients through the Naschmarkt—the local farmer’s market in district 1. We tasted our way through stalls of fish, vegetables, chocolates, and local delicacies. We ended our excursion at a wine bar to sample local cheeses, apricots and wines.

April 10 – Vienna
On our second day in Vienna, everyone was provided different excursions and opportunities to explore the city. TJ and I opted to explore the city on foot to “do as the locals do.” We walked through the famous Museum Quarter, down Karntenerstasse street passing the Royal Palace and St. Stephan’s cathedral. Since it was Sunday, most everything was closed, however, we did have the opportunity to eat apricot cake at a coffee shop, watch the Vienna Marathon and explore the city.
April 11 – Durnstein, Wachau Valley, Grein
We woke up in the charming town of Durnstein. Known for its apricot production and Augustinian Abbey, the town of only 935 inhabitants is a highly popular port town for the river cruises. We walked the town with a guide and spent the morning tasting apricot whiskeys, candies and treats before boarding the ship to sail the Wachau Valley.

A walking/biking trail stretches from Germany to Hungary along the Danube river, which is perfect for the active traveler. TJ had the opportunity to sample Avalon’s newest active program, which offers biking, hiking, golf, cultural immersion and other active excursions. He, along with other travelers, opted to bike alongside the ship on the trail for 10-miles from Durnstein to Aggsbach. The rest of us opted to sit in the lounge and listen to a Wachau Valley narration from our cruise director.
In the afternoon, we sailed from Aggsbach to Grein, which was a four-hour cruise through the beautiful Wachau Valley.
Upon arrival, we were greeted by a local tuba band, children and families dressed in the traditional attire of Grein. We took a short walking tour to the oldest theater in Austria. The tiny two-story auditorium with wooden benches, crooked old wooden posts, town jail and latrine in the audience dates back to 1790 and is the highlight of the charming town. After a brief history of the town and theater, we enjoyed a performance from the local choir. Then we made our way to the Greinburg Castle.
Dating back to 1490, the Greinburg Castle overlooks the Danube river and is now owned by the Saxe-Coburg and Gotha family, who greeted us upon arrival. Primarily used for events and offering tours, this 700-year-old castle exhibits one of the largest pebble mosaics called the Sala Terrena or Stone Theater. It features a unique to its time diamond shaped celling—the Diamond Vault. After a quick tour of the four-story castle, we made our way back to the ship.
April 12 – Linz
Linz was awarded the Cultural Capital of Europe in 2009, which lead to the building of new museums, restaurants, theaters, exhibits—ultimately increasing tourism.
We arrived in Linz at noon and split up into our excursion groups for the afternoon. TJ and I opted to experience the ARS Electronica Museum, which is an interactive science and technology museum housing Europe’s largest 8K resolution projection screen. The museum is a fascinating hands-on experience showcasing everything from 3-D interactive presentations, virtual reality goggles, health science education to computer/internet timelines. We loved this excursion and could have easily spent all afternoon playing with new and futuristic technology gadgets.Other excursions offered included hiking and honey tasting, Linz City Walk, Postlingberg (the tram to the mountain top) or a tour of the Lentos Modern Art Museum.
In the evening, we had the choice of attending a special performance of “Into the Woods” by the Ural Philharmonic Orchestra, at the Brauknerhaus or a guided Linz pub crawl. The last option was by far the most popular and Avalon ended up securing a double decker bus to accommodate everyone. We stopped at three local pubs and tasted a variety of cider, beer and champagne. Once everyone had enough, we walked back to the ship for a much needed good night’s sleep.
April 13 – Linz, Cesky Krumlov
Early this morning, everyone boarded the bus for Cesky Krumlov—the Jewel of Bohemia. Cesky Krumlov is a UNESCO Heritage site and a charming medieval town in the Czech Republic. Untouched by volatile European unrest, this authentically preserved town highlights Gothic, Renaissance and Baroque periods from the 14th and 17th centuries, with an ornate Castle overlooking the old city center below.
We started our tour in the Castle gardens and made our way through 300 rooms of porcelain statues, elaborate paintings, bear skin rugs and a theatre. After a two-hour history tour, we explored the old town, had a quick lunch and made our way back to the ship for the Christening Ceremony.

The ceremony is a tradition for inaugural trips to bestow good luck and many happy sailings. Jill Ellis, the head coach of the Woman’s US Soccer team, was selected for the honor of Godmother. This means, she cut the rope and sent a bottle of champagne flying across the water where it smashed into a million little pieces over the bow. Everyone cheered and the ship’s horn blew many times, while we drank champagne. This was a first for the city and a huge honor for the Linz tourism board and mayor. More details about Jill Ellis and the Christening can be found here: Avalon Waterways Blog.

After the ceremony, we boarded the ship for a formal dinner and enjoyed fireworks from the roof deck and dancing in the lounge.

April 14 – Engelhartszell, Passau
Early the next morning, we stopped in Aschach to drop off the active walking group. The group hiked the Schlogner Schlinge—a famous hike through the hills along the Upper Danube. This is a moderate three-hour hike with a viewpoint overlooking the Danube River. On the ship, the cruise director gave a short commentary based on the scenery and local history of the region.
In Engelhartszell, local elementary school children and their families greeted us with a painted welcome sign. Here, we drank homemade schnapps and made our way through the little town to Austria’s only Trappist Monastery. Known for its Trappist beer and cheese, the monastery has become a highlight on the Upper Danube. The monk of the Abbey welcomed us as we entered the church. Then we were treated to an organ concert, before we explored the gardens, labyrinth and the little aquarium outside.

April 15 – Passau to Prague
The cruise ended in beautiful Passau. The majority of the guests ended their trip here. TJ and I opted to spend the weekend in Prague to explore the city on our own.

We stayed at the Grand Hotel Bohemia, which is centrally located in District 1, or Old Town. A short walk to the Astronomical Clock, theater district and the St. Charles Bridge, the traditional hotel was perfect for our few nights in Prague. Originally built in the 1920’s, the Neo-Baroque style hotel changed hands during the Communist rule and was only open to the Communist Party for 40 years. After 1989, the hotel was back in the hand of the original owner and renovated in 1993.
We explored Prague on foot. We walked through the many back streets ducking in and out of little shops in the Jewish quarter, marveled at the Astronomical Clock and stopped for a beer at one of the restaurants to people watch.

April 16 – Prague
TJ and I woke up early and enjoyed lattes and Croque Monsieur’s at a local French Brassiere. Then we walked through the Westside of town and to the Prague Castle.
The Prague Castle never ceases to amaze. Every time I visit, I am in awe of its stature and the intricate details of the cathedral. Built in the 7th century and renovated in the 10th century, the Castle is the ancient symbol of Prague and the Czech Republic. TJ and I made our way through the Castle grounds and ended up overlooking the City of Spires from the vineyards. We walked down the hillside and back across the St. Charles bridge before sitting down at a little outdoor Bohemian café and taking in the scenery.

April 17 – Prague to Chicago
Early this morning, we packed our bags, ate a quick breakfast and transferred to the Prague airport for our flight back to Chicago.
We had a wonderful trip and enjoyed the opportunity to sail along the Danube River on the SS Avalon Passion. 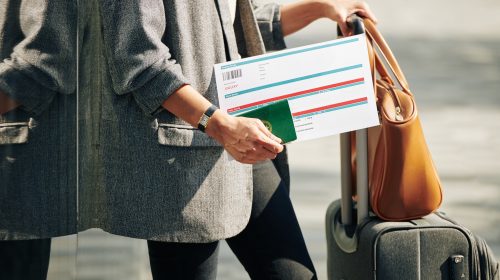 Unused Tickets: What You Need to Know and What You Can Do

The more you travel, the more disruptions are inevitable, whether a flight is cancelled due to weather or a big meeting is rescheduled and your travelers no longer need to fly. Not every trip can... Read More 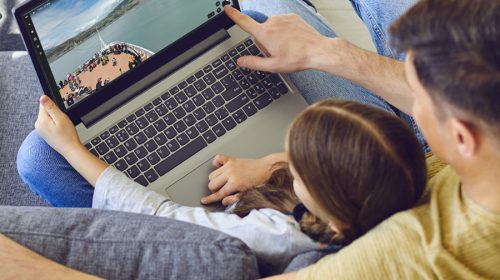 Did you know that scavenger hunts evolved from ancient folk games, and became a popular form of entertainment in the United States in 1930? Fox World Travel is celebrating today with a series of... Read More 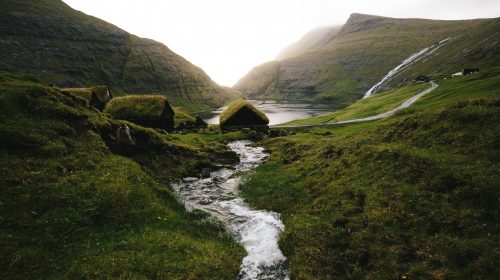 Welcome to our Google Earth Scavenger Hunt! To start your virtual adventure, click the link below and use the search bar to find the famous Scotland city or landmark. Provide the latitude and... Read More